The Paik Abe input structure allows manual mixing of up to 7 video signals. The mix is applied to the three inputs of a color encoder, then passed through an output amplifier.

Panel controls for each input channel include a gain pot, an on/off switch and color mixing controls. The color mixing controls direct the video into one or two of the encoder inputs. Channels with selector knobs allow a choice of input to one encoder input or a pan into two inputs. Starting counterclockwise the choices are Red, Green, Blue, R-G, R-B, G-B. On certain Paik Abe colorizers there are only five choices, with one of the mix choices omitted. However, all combinations are available using all three switchable channels.

It is important to note that these color designations are all relative to the HUE control on the output amplifier and will only hold relative relationships to each other. That is why the panel is not marked according to color.

The pan pot allows the signal to be panned into the two selected encoder inputs. Naturally if the selector is set to a one-input position, first three, then the pan pot is nonfunctional. On channels without a selector switch, a fixed pan selection has been made.

The Paik Abe does an additive mix, combining signals such that all portions of each signal reach the output. The images appear on top of each other, or superimposed. That is why the Paik Abe is sometimes referred to as a mixer. The inputs are sensitive, and a wide range of effects is obtained with a sweep of the input gain control Sometimes a signal with enough gain will become negative. Key-like effects may appear. To get a feel for the machine, use all the knobs and go slowly. 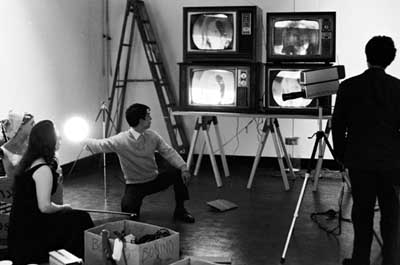 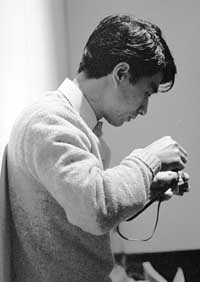 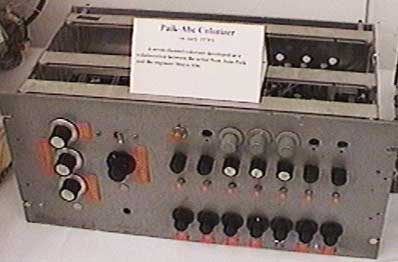 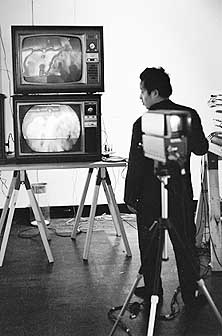