Dan Sandin came to University of Illinois from the University of Wisconsin in 1971 and developed the Sandin Image Processor. He was joined the next year by Tom DeFanti who had developed the Graphics Symbiosis System (GRASS) as part of his PhD work in 1974 with Chuck Csuri at Ohio State.

Together, they organized the Circle Graphics Habitat, which became an environment for experimental computer graphics, video production, and educational materials development.

GRASS was a language for specifying 2D object animation.  It was not interactive, but was usable by non-technical people. With GRASS, people could script scaling, translation, rotation and color changes of 2D objects over time. It was therefore a system which became of interest to artists. The GRASS system was supported by the National Science Foundation, the Carnegie Corporation, Sloan Foundation, Graham Foundation, National Endowment for the Arts, Illinois Arts Council and Victor General Corporation.

The system was installed at the Circle Habitat at the University of Illinois at Chicago Circle and purchased by the Chemistry Department at UICC as a production and education tool. It was also made available to other scientists, educators and artists. The system incorporated a Vector General CRT, a PDP 11 minicomputer, a Sandin Image Processor and cameras and recorders. The primary designers were Dan Sandin and Tom DeFanti both of UICC. DeFanti developed GRASS, Graphics Symbiosis System computer language used to control the digital components.

The Z Box project at the Habitat  resulted in the development of ZGRASS. In 1978 GRASS was updated to work in 3D with solid areas and volumes and ran on a Bally home computer. This version was called ZGRASS, and also was important in bringing computer graphics and animation to the artistic community. The computer platform was affordable, and the interface usable by those without extensive experiences in computing. Zgrass was made for the Z-80 processor, a CPU from Zilog that had a superset of the Intel 8080 instructions. In the words of Jane Veeder, it provided "...real time animation and real time sound synthesis accessed by a custom language optimized for interactive artmaking, all wrapped up together like a hot little sports car." The box had an NTSC video output port, which provided video recording and display capabilities for artisits. DeFanti attempted to commercialize the product through their company, Real Time Design, Inc. 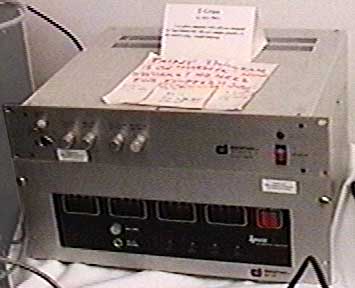