Early color television sets were very expensive. Systems were developed and marketed to mechanically convert B&W to color. This color converter system attached to a conventional black and white television, allowing the viewer to see images in color. A motorized spinning tricolor disc behind the round shield acted in unison with a synchronizing assembly on the back of the TV.

The Model 100-1 Col-R-Tel was designed to be put in front of a ten inch black and white TV set to convert it to color. It has a large plastic wheel with one segment containing each of the three primary colors. The wheel is turned by a small electric motor. A chassis is mounted on the rear of the TV set, and connections are made to various places inside the set. These converters produce a reasonably good color picture, but would only work with very small screen sets. They were made in the mid 1950s. 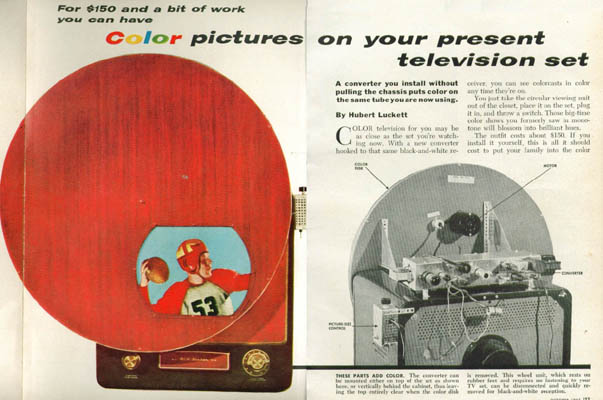 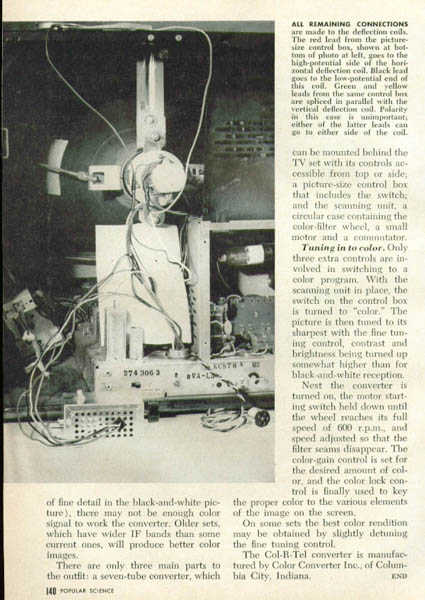 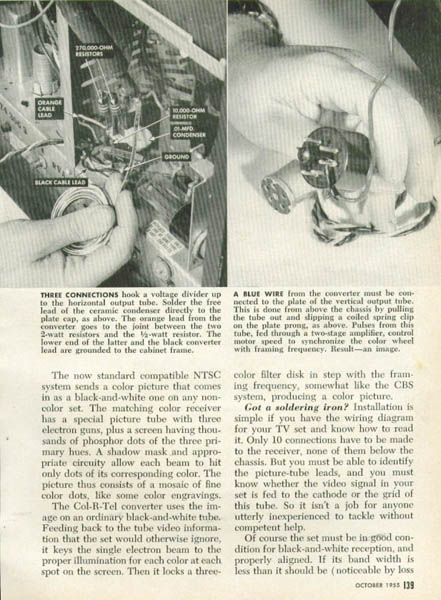